Continuing from my last post, I ended up redoing my case study on FLT3 (a gene that encodes for cell proliferation) due to a slight mishap where the cells didn’t have the Ikaros gene (tumor suppressor) that we had wanted to test it on. After conducting flow, I was able to gather my data and start the crucial part of research, analysis!

I was making a presentation, and thought it would be easier to understand the whole case study that way. It will be structured like a mini-lab report, for simplification.

My case study consisted of two aspects: understanding what effect Ikaros had on cell proliferation and what effect Ikaros had on FLT3 expression. To do this, we conducted two separate experiments calling it GFP and GFP-FLT3. The latter experiment (GFP-FLT3) was stained with FC block to inhibit the receptor from binding to anything else but FLT3. It was also stained a CD34 marker, to detect the lymphocytes (a type of white blood cell) in my cell culture.

As you can see from the slide, I only had controls for my FLT3 experiment. I know the labeling looks confusing, so here is some context with a key.

(D) = doxycycline added to activate Ikaros expression if Ikaros present; doxycycline- type of antibiotic used here in context of research reagent, but can be used as drugs for diseases like lyme disease, cholera etc.

Anything labeled with IK-1 – cells with GFP + IK-1 gene

On the y-axis, it represents the percentage of cells that are still live. From immediate observations, we can see that the cells with only GFP are constant and that the cells with Ikaros have a significantly decreasing trend. Therefore, we can conclude that Ikaros slows down cell proliferation, reaffirming its role as a tumor suppressor.

Side note: After gathering my data and *attempting* to gate it, I can confidently say FlowJo (the program), has some major beef with me. I ended up having to re-gate my data several time because it either didn’t have my data in the gates, or gated it wrong with some weird numbers etc. There’s still some minor issues but nothing major. It’s the beginning of a love/hate relationship.

On the left column is the controls, and the right is the cells that did end up containing Ikaros. From the numbers on the top right for FLT3 expression, we can see that there is no major difference in the expression of FLT3.

Left is control, and right is the cells that had Ikaros. We can see a significant difference in FLT3 expression in samples with Ikaros (Day 1- 20.2 ; Day 2 – 4.97) , however this is contrasted with

This is super cool, its a histogram but it reminds me of the overhyped joy division graphic t-shirts. The cooler version. Science has aesthetics too.

Basically on the right with Ikaros induced, you can see from top (orange- day 0 control) to bottom (red- day 2) you can see the peaks slowly progressing left, meaning FLT3 activity is decreasing. On the left, however the samples with just GFP, the peaks seem to be the same position.

I just came back from my presentation and I think I did okay! 😀 Also, I have been watching Cell At Work! the anime, because it’s based on the immune system fighting infectious diseases, relevant to my lab work. It’s actually super cute and informationally accurate, I definitely recommend it! (I’m very late to the band wagon I know) 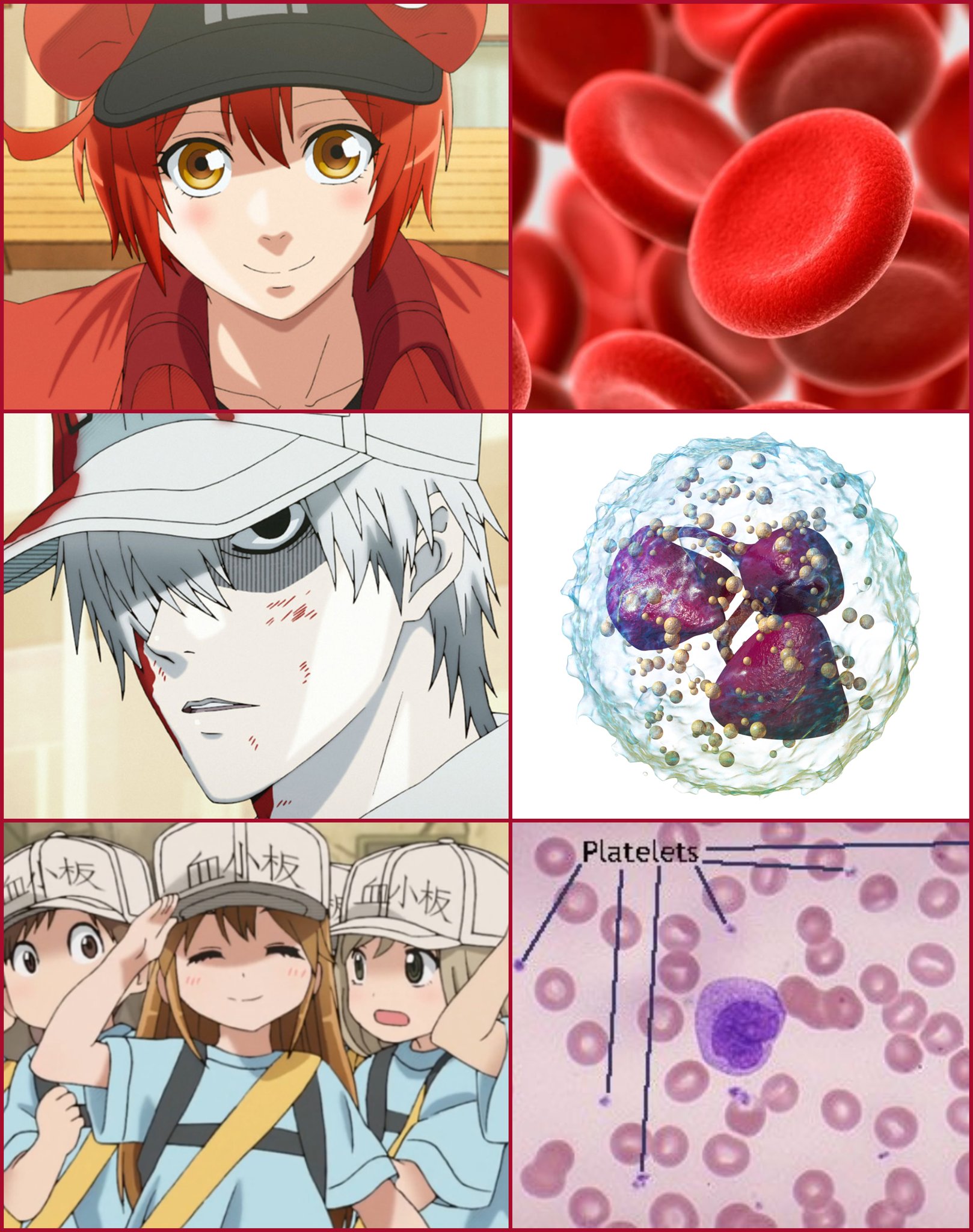 -Thanks for reading, Mabel