Last week, was a relatively short week because of the long weekend, but I still managed to get some lab work in for the rest of the week. The task my mentor gave me that week was cell counting and growth curves, where I take a portion of my samples and count the cells that I have in million per milliliter. At the end of the week, I plotted the growth and its viability using a software program called Prism, to draw my growth curve out. It’s a relatively simple task, but very relevant and useful for my project. Every morning, I spent my days in the TC (Tissue Culture) room just checking up on them and applauding their daily segments of growth, making me very proud to watch them do so well (sort of like a mom??).My project is mainly based on human cell lines, so I suspect I will be spending most of my time in the TC room!

I was very grateful this week to be given the opportunity to finally play around and familiarize myself with the equipment there and wanted to share 7 things I have been using this week for my cell counts! I think it would be easier just to show and explain these things in the form of pictures, so here you go!

The Main Things I Use:

I usually first take my cells out the incubator, then place them inside the hood to get a portion of the sample to test out. It’s actually a really soothing process, where its just me jamming out with my cells, diluting and transferring etc. I know the hood isn’t exactly a thing, but more of a place in this context, but nonetheless it’s a thing I really enjoy using. A place to prep my cells for the countdown. You (the reader) probably have already seen this, since it is used in chemistry and bio labs, I still want to show you anyway.

The next thing I want to show is the actual machine that does the cell counting! I don’t have a specific name for it, other than its scientific name (viability cell analyzer) but I will refer to it as the counting machine in this post. After finishing diluting and transferring my sample to the machine specific counting tubes in the hood, I insert the samples inside and let the machine do the rest! As it draws up the samples, it takes pictures of the cells and identifies live and dead cells. It then calculates the viability of the sample, and amount of viable cells left per mL. (This is the part where I stare intensely at the screen waiting to cheer on my cells for growing so well or vice versa)

Another version of an incubator! Since I work with human cell lines, they like to be in the warmth of body temperature (37.1 C). The environment that they will grow in, the media, is activated in this incubator. Unlike other incubators, it’s filled with clay rocks painted with metal to heat up the media. Fun to stick your hand in when its cold during rainy season.

It’s a high functioning microscope, pretty self-explanatory but cool to use to see cells moving around live! 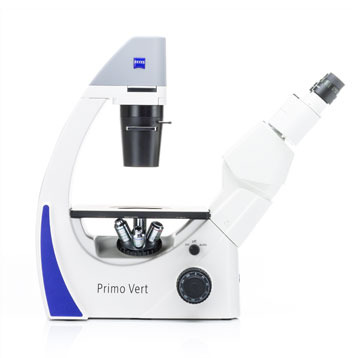 I came back to lab one day, and suddenly Andy the Handyman was there. I haven’t questioned it since. The circular things labeled as  “Jedi” and “Sith” is another form of cell counting. The clickers track the amount of times you click which corresponds to the amount of live or dead cells you see. If you see a live cell, you click jedi. If you see a dead cell, you click sith. My lab member came up with this, and I thought it was quite creative!

Analysis: Viability decreases because cells taken out of their original medium, disturbing their “happiness” (Top). From Day 0-1, the cells are in log phase (initial), and grow the fastest in Day 1-2. It starts to plateau at around Day 2 onwards (Bottom).

It was a great week, and I hope to update you with more!